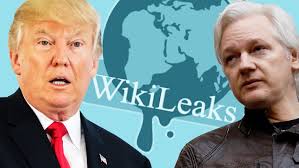 Julian Assange's extradition trial in London got off with a bang yesterday when James Lewis, the lawyer representing the Trump administration, told the court that Washington "is aware of sources, whose unredacted names and other identifying information was contained in classified documents published by WikiLeaks [and] who subsequently disappeared."

With that, he touched on a problem guaranteed to send a chill down the spine of even the most ardent WikiLeaks supporter. Exposing government misdeeds is one thing. But disclosing the name of a translator or dissident who then falls into the clutches of a death squad, a terrorist cell, or the political police is quite another. Can disclosure go too far? Should Assange be held to account when WikiLeaks disclosures cause harm?

On one level, the answer is yes. All of us are responsible when our actions hurt innocent people, WikiLeaks included. But on another level, the picture grows more complicated. For one thing, no one has been able to establish a loss of life, and, as Lewis immediately added, "…the US can't prove at this point that their disappearance was the result of being outed by WikiLeaks."

But even if he could establish that somewhere, somehow, a harm had ensued, the charge, ethically speaking, would still have to be balanced off against two things: the good that WikiLeaks does by exposing government wrongdoing and the government's boundless hypocrisy in advancing such allegations.