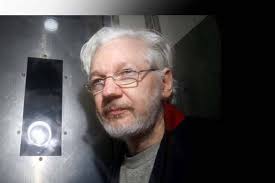 The hearing is designed to end with the extradition of Assange to the United States or with his death. In the U.S. he would be accused of a conspiracy to reveal secrets and put into jail for the rest of his life.

Over the years Wikileaks has revealed material on many important issues. As Patrick Cockburn remarked: With WikiLeaks, Julian Assange did what all journalists should aspire to do. Wikileaks provided the material its sources revealed to partner media who profited from it, but then went on to betray Assange. As Kit Klarenberg wrote a few days ago: 'They Should Be In Jail': How The Guardian and New York Times 'Set Up' Julian Assange.

Those who are not familiar with the false case against Julian Assange should read this interview with Nils Melzer, the UN Special Rapporteur on Torture, who provides detailed insight. In Melzer's learned view Assange, as the main editor of Wikileaks, has not committed any crime.

Melzer has also written at his medium page about the case: