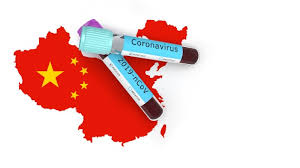 WHO says outbreak in Iran likely worse than official numbers suggest; outbreak could go in "any direction"

Update (0920ET): The World Health Organization's Dr. Tedros said Thursday during the organization's daily press briefing that "we are at a decisive point" in the epidemic, while others warned it could go "in any direction."

This guy has been 6 weeks behind this whole time

Iran has confirmed 22 deaths and more than 140 cases, including a vice president who was the third senior official to catch the virus. But many fear the full extent of the outbreak is much broader. During the press conference, another WHO official singled out Iran, claiming the virus had crept into the country "undetected", before adding that the WHO fears the outbreak inside the country is even worse than the government claims.

Iran "has a very high clinical capacity", said Dr. Mike Ryan, the executive director of the WHO's health emergency program. The 10% death rate probably has more to do with the fact that many cases have gone undiagnosed, he said. The country has gone so far as to cancel Friday prayers in Tehran, after the Saudis told pilgrims they wouldn't be allowed in to the Muslim Holy Sites.