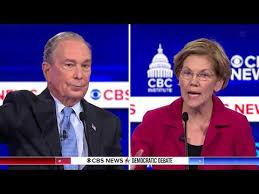 Journalists and other observers pointed to local reporting from Feb. 6 on the Charleston County Democratic Party's offer of a $1,750 to $3,200 sponsorship package that included tickets to the Charleston debate and other events.

"This is something that the average person doesn't usually get to go to," Colleen Condon, chair of the Charleston County Democratic Party, told local television news station WCSC-TV.

Citing party officials, the outlet reported that "tickets are handed out to organizers like the Democratic National Committee, CBS, Twitter, and the Black Caucus Institute. Then, they are first given to paid sponsors and handed to campaigns to pass out extras."

Critics argued that the prohibitively high price of admission may help explain why the crowd appeared more favorable toward Bloomberg — who will not even be on the ballot in South Carolina's primary Saturday — and loudly antagonistic toward Sanders and Warren, who were both booed and heckled on several occasions.