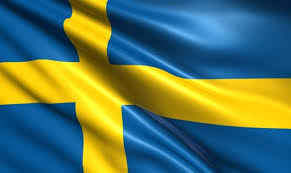 The crimes involve "Violence to the head, kicks, gun threats, burning with lighters, threats to kill, threats to bomb the school, stabbings with food knives, bites and children who have been scratched, dragged, thrown and locked up by other children".

The lowest age of a suspected perpetrator was seven. There has also been an increasing number of girl gangs. One girl was violently assaulted by a gang of five girls who kicked her, beat her and spat at her. The girl said she thought she was going to die.

"It's ordinary children who are robbed on their way to and from school, they are called 'whore' and told that they're going to get a Glock in the mouth. I think we are letting the kids down", said regional police chief Carin Götblad.