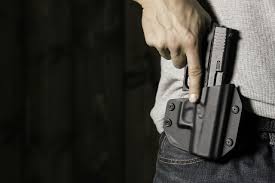 Journalists focus on how many people are killed by guns, how many children get their hands on improperly stored firearms, and how many deranged individuals go on shooting sprees.

This anti-gun news bias is widespread among the "urban elite" who have very little personal experience with guns and yet write for influential newspapers like The New York Times, Washington Post, etc. Despite this bias, law-abiding private citizens owning guns does have positive impacts on American society that often go unreported – many of which are significant.

Criminals and the Armed Citizen

Perhaps the most notable impact of gun ownership on American society is how it influences the behavior of criminals.

The fact is, criminals fear armed citizens more than they do the police. There's many reasons for this, but here are the most prominent:

Police are rarely onsite during a crime.
Police are bound by policy and procedures, and are trained to only use their firearms if it's absolutely necessary.
Civilians are also less trained.