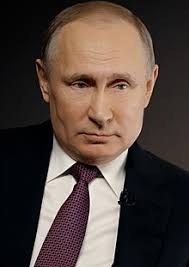 That pesky "Assad regime" simply won't go away. The new Western narrative on Syria is that the regime is about to "massacre" over 900,000 people fleeing the not really de-escalated zones across the countryside in Idlib and Aleppo provinces.

Context, as always, is absent. The fleeing masses – essentially conservative Sunnis – had been living in these areas under the yoke of myriad incarnations of al-Qaeda in Syria. Either they supported them, did their best to basically survive, or now know for sure the offensive by the Syrian Arab Army (SAA) is for real, and all jihadi holes, protected or not by human shields, will be bombed.

The most relevant story, once again, is what Sultan Erdogan wants. Ankara and Moscow – partners in the Astana Process that theoretically would pave the way for peace in Syria – are at a crossroads. There were lengthy talks earlier this week, and a crucial phone call between Erdogan and Putin on Friday night. The stalemate prevails – they appear to have only agreed to "intensify contacts".

Ankara officially "does not accept the [de-escalation] map" put forward by Moscow. Russian Foreign Minister Sergey Lavrov stresses it's the same map: there have been no additional demands. But Erdogan is, impulsively, threatening a remix of "Euphrates Shield" or a "Spring of Peace", as in invading Idlib "at any moment".

Moscow, nearly exasperated, is one inch away from reading him the riot act.