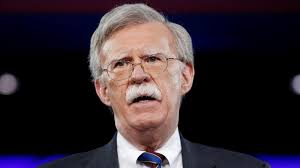 President Trump's decision to assassinate Qassem Soleimani back in January took the United States to the brink of war with Iran.

Trump and his advisors contend that Soleimani's death was necessary to protect American lives, pointing to a continuum of events that began on December 27, when a rocket attack on an American base in Iraq killed a civilian translator. That in turn prompted U.S. airstrikes against a pro-Iranian militia, Khati'ab Hezbollah, which America blamed for the attack. Khati'ab Hezbollah then stormed the U.S. embassy in Baghdad in protest. This reportedly triggered the assassination of Soleimani and a subsequent Iranian retaliatory missile strike on an American base in Iraq. The logic of this continuum appears consistent except for one important fact—it is all predicated on a lie.

On the night of December 27, a pickup truck modified to carry a launchpad capable of firing 36 107mm Russian-made rockets was used in an attack on a U.S. military compound located at the K-1 Airbase in Iraq's Kirkuk Province. A total of 20 rockets were loaded onto the vehicle, but only 14 were fired. Some of the rockets struck an ammunition dump on the base, setting off a series of secondary explosions. When the smoke and dust cleared, a civilian interpreter was dead and several other personnel, including four American servicemen and two Iraqi military, were wounded. The attack appeared timed to disrupt a major Iraqi military operation targeting insurgents affiliated with ISIS.

The area around K-1 is populated by Sunni Arabs, and has long been considered a bastion of ISIS ideology, even if the organization itself was declared defeated inside Iraq back in 2017 by then-prime minister Haider al Abadi. The Iraqi counterterrorism forces based at K-1 consider the area around the base an ISIS sanctuary so dangerous that they only enter in large numbers.