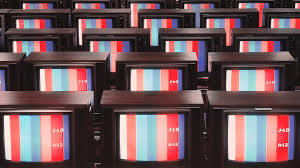 "It is possible we reach $1 billion in ad spending before Super Tuesday," said Erika Franklin Fowler, co-director of the Wesleyan Media Project.

Candidate spending has overshadowed group spending in the presidential race this year, with just under $16 million in spending by groups (Table 2). The biggest spender is Unite the Country, a super PAC that supports Joe Biden. It mostly aired ads in Iowa and in New Hampshire, but put some ads on the air in Nevada before the caucus there. It has aired no ads (through 2/23) in upcoming Super Tuesday states. Also notable is the presence of Persist PAC, which has spent almost $800,000 (in Nevada and South Carolina) on ads in support of Elizabeth Warren and Kitchen Table Conversations, which has spent over $450,000 on ads (mostly in Nevada and South Carolina) supporting Amy Klobuchar. In addition, DMFI PAC, a pro-Israel organization, spent over $1 million on ads that attack Bernie Sanders (before the Iowa and Nevada caucuses).