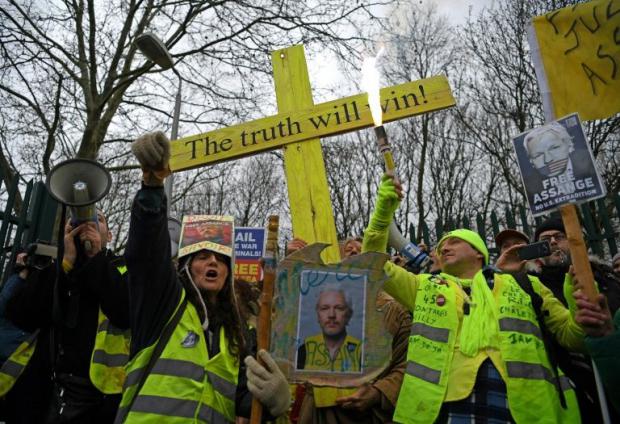 Judge Vanessa Baraitser, who will ultimately rule on the controversial case, ordered the legal teams for the 48-year-old Australian and the US government to reconvene for brief case management hearings in March and April.

The full extradition hearing is then set to resume for three weeks in mid-May, when witnesses will be called and cross-examined, with an eventual ruling expected by August at the latest.

The judge refused a request Thursday by Assange's lawyers to let him sit with his defence team, and not in the secure glass-walled dock area of the courtroom, when the hearing resumes.

The one-time hacker has repeatedly stood up and interrupted this week's proceedings to complain about being unable to hear the arguments or confer confidentially with his lawyers.

"I'm not able to guide them," Assange said Thursday, in his latest courtroom outburst -- which Baraitser has repeatedly advised him against making.