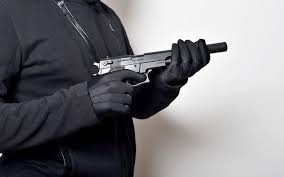 It seems due to the brainwashing of the American commoner, and the almost total indoctrination machine of the state that is used to dumb down the populace at large, that apathy has become so rampant as to allow the general acceptance of fallacious state narratives. These narratives that concern the very suspicious deaths of any that challenge the ruling class or their political puppets, and almost without question, seem to be never-ending these days. There are an unbelievable number of victims of so-called "apparent suicides," assassinations, outright murder, disappearance, strange car crashes, poisonings, and any other number of unlikely death scenarios of those that have damning information about the state, its wars, and its secrets, and have the guts to tell the truth. Coincidence is no longer a reasonable argument concerning these deaths, and actually never has been legitimate.

This tragedy of mass acceptance of lies is based on a monstrous propaganda machine that has attained a level of false credibility that belies the imagination of any with the ability to think. In order to gain this advantage over the bulk of society, the state has spared no amount of money, power, or manipulation in order to be able to commit heinous crimes without fear of exposure. This requires not only the complicity of the state apparatus, but also the almost total control of all mainstream media as well. This could never have been achieved without the mind control efforts of the compulsory government schooling system, its monopoly over the children of this country, and its use of false curriculum meant to corrupt the population from an early age, breeding state worship, nationalism, and a belief in herd mentality.