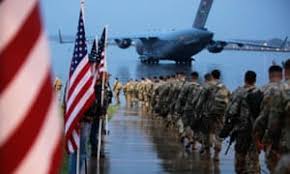 One day, a lot of other people, in the media and politics, will accept that in the past few months they have failed in their duty to the truth, by staying silent or – worse – joining in a braying attempt to suppress crucial facts.

But by then it is quite possible that the peoples of the Western world will have been whipped into a warlike frenzy by false information, just as happened in the Iraq disaster 17 years ago. Because if nothing is done about the scandal I have been writing about, such an outcome is highly possible, even likely.

A few months ago I was told of an attempt by authority to suppress an important truth about an alleged atrocity in Syria. Claims that poison gas had been used by the Syrian state at Douma in April 2018 were not, in fact, confirmed by the scientific evidence.

This was deeply embarrassing to three governments – our own, France's and the USA, all of which had bombed Syria soon afterwards in the unchecked belief that the claims were true.

All three are members of the UN Security Council, and are supposed to uphold international law with special care. But the facts suggested they had all violated that law.