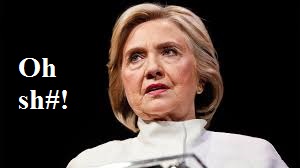 Clinton has argued that she has already answered questions about this and should not have to do so again -- the matter did not result in any charges for the then-presidential candidate in 2016 after a high-profile investigation -- but D.C. District Court Judge Royce C. Lamberth said in his ruling that her past responses left much to be desired.

"As extensive as the existing record is, it does not sufficiently explain Secretary Clinton's state of mind when she decided it would be an acceptable practice to set up and use a private server to conduct State Department business," Lamberth said.

The judge went on to recognize that while Clinton responded to written questions in a separate case, "those responses were either incomplete, unhelpful, or cursory at best. Simply put her responses left many more questions than answers." Lamberth said that using written questions this time "will only muddle any understanding of Secretary Clinton's state of mind and fail to capture the full picture, thus delaying the final disposition of this case even further."

Lamberth even gave some examples of lingering questions about Clinton's emails, such as how did she come to believe that her private emails would be preserved under normal State Department processes, who told her this and when, at what point did she learn department records management officials did not know about the server, "[a]nd why did she think that using a private server to conduct State Department business was permissible under the law in the first place?"

The ruling comes after Judicial Watch revealed at a December 2019 status conference that the FBI released "approximately thirty previously undisclosed Clinton emails," and that the State Department "failed to fully explain" where they came from.

Unvaccinated children will still need to wear masks in the classroom this fall, Fauci says

New York City judge took daughter, 6, from mom for not wearing a mask dropping her off at school

Joe Biden: If You Got Vaccinated, You've "Earned the Right" to Greet Others with a Smi

Dear Sweet Jesus! And I mean that