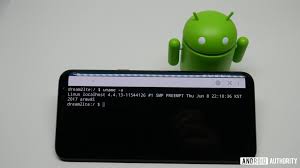 Yes, it can. Here's what you need to know about running Linux on your Android smartphone or tablet.

Android is built upon the Linux kernel, a software stack that interfaces with the hardware of a device. It basically enables an operating system to communicate with the device—whether that's a PC, a smartphone, or other hardware.

The Linux operating system should really be referred to as GNU/Linux. But over time, the word "Linux" has come to interchangeably describe the kernel as well as the various operating systems. These include Arch Linux, Ubuntu, Gentoo, and many others.

So while Android uses the Linux kernel, it doesn't offer a desktop environment. This is what most people are thinking about when considering ways to install Linux for Android.