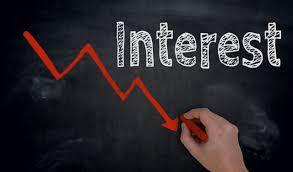 It wasn't just in the United States, either. More than 20 major stock markets around the world, from London to Hong Kong to Australia, fell by similar amounts.

And economists estimate that stocks worldwide lost roughly $1.7 trillion of value (approximately 10% of global GDP at the time) during the October 1987 crash.

The next morning on October 20th, the Federal Reserve announced that they would do whatever it takes to support the economy.

And ten days later they cut interest rates by 0.5%.

Honestly there are so many things that are remarkable about this—

First, the Fed already has a regularly scheduled meeting coming up in two weeks on March 17th. But apparently they thought the situation was so severe that they held an emergency meeting yesterday and hastily voted to cut interest rates by 0.5%.