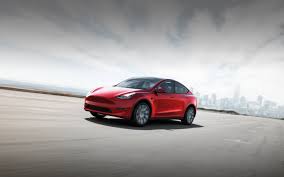 Tesla is less than two weeks from the March 15th scheduled first deliveries for the Model Y. Interestingly, Tesla introduced the Model Y a year before on the evening of March 14th, 2019.

We can't help but wonder if Elon chose to launch the Y on March 15th for another reason, and obviously neither can the guys over at the YouTube Channel, Now You Know, as they joke a bit about it in their latest video.

The guys take on the topic of how much impact will the Model Y have on the rest of the crossover category. Does it spell doom for the current segment leaders? Before you say no, remember what the Model S did to the large luxury sedan segment when it first came out? Within a couple of years, it was dominating the segment in the US, crushing the BMW 7-Series, Mercedes S-Class, Audi A8 and every other sedan in the class.

Then the Model 3 came along and it's basically doing the same thing. However, the crossover segment has been growing at an incredible rate and even if the Model Y sells like crazy, it's possible that crossover sales from other brands could still continue to rise, as consumers transition out of sedans and into more crossovers.