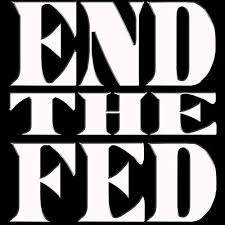 The Fed's aim is to stimulate economic activity. By lowering interest rates, the idea is to get businesses to expand operations with more loans and to get consumers to go deeper into debt by purchasing more items.

The result of the Fed's artificial economic "boost" will be the same as it has been since the Fed was established in 1913: a bubble of malinvestment and consumer loan defaults that will end up plunging the country in a bubble-bursting recession or even depression.

That's because genuine prosperity in a country cannot be generated by central bank manipulations. If that were the case, every country on earth would be characterized by ever-growing standards of living. In fact, a central bank does the exact opposite — it lowers a nation's standard of living through its artificial manipulations of interest rates and its expansion and contraction of the money supply.

The never-ending cycle of monetary crises and chaos shouldn't surprise anyone. The Federal Reserve is a socialist institution, in that it is based on the socialist concept of central planning. A central bank consists of a board of government commissars who have the responsibility of planning the monetary affairs of hundreds of millions of people.