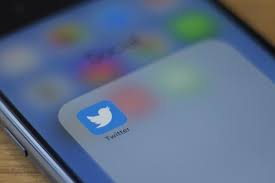 I've said stupid, offensive things on Twitter—and chances are that you have, too. Cramming an insight or joke into 280 characters, especially when angry at the airport or drunk at a bar, doesn't always hold up so well to the scrutiny of millions of eyes online. So Twitter is introducing a new feature in Brazil called Fleets. These are tweets that disappear after 24 hours with the same self-destructing ephemerality as Snapchat and Instagram Stories. They cannot be liked, commented on, or retweeted. Fleets are currently labeled a "test" in one country, but it's conceivable they could become a global feature one day.

Fleets are a terrible idea. They suggest that Twitter doesn't realize the little that truly works about the (confounding) design of its own platform. Twitter is currently the world's sharpest source of political accountability in an era when the denial of truth runs rampant. Fleets give our politicians the direct line to the public without the lingering accountability.

Look, I don't love the self-righteous moral compass of Twitter any more than you do. The risk of using the service feels unnecessarily high. Twitter traffics in public shaming. Make one bad joke, and you're canceled by the mob within hours (see Justine Sacco, James Gunn, Kevin Hart).