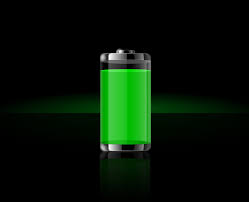 A huge part of our future is electric; that much is clear, and there's room for a bunch of different technologies to move things forward from the status quo, each with its own strengths.

Australia's Deakin University established an entire battery research and development hub back in 2016, dedicated squarely to the advancement of energy storage technology, called BatTRI-Hub. And today, BatTRI-Hub announced it has built a prototype lithium metal battery with some very interesting properties.

The cell in question – a 1Ah flat pouch cell – uses a lithium metal anode, prized for their ability to deliver up to 50 percent more energy storage than today's cells. But it also uses an ionic liquid electrolyte – a salt that's in a liquid form at room temperature, which has several advantages over current mainstream tech.

"Ionic liquids are non-volatile and resistant to catching fire," says Professor Patrick Howlett, director of the research hub, "meaning that unlike the electrolytes currently used in lithium-ion cells used by, for example Samsung and Tesla, they won't explode. Not only that, but they actually perform better when they heat up, so there's no need for expensive and cumbersome cooling systems to stop the batteries from overheating."