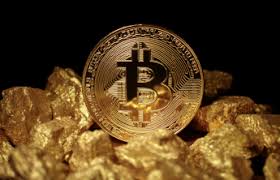 The Netherlands Royal Police gave further details in a Facebook post stating that "Customs staff checked the luggage of the man who came from Rio de Janeiro and was traveling to Hong Kong. He turned out to carry six gold bars in his hand luggage with a total weight of almost 15 kilograms … and was arrested by investigators from the SVLM on suspicion of money laundering."

The translated post further details: "The man is trapped and the gold, a cell phone and about 750 US dollars have been seized. Investigators from SVLM conduct further investigations under the direction of the Public Prosecution Service Noord Holland." SVLM, to be clear, is a collaborative regulatory effort comprising customs, the Netherlands' Fiscal Information and Investigation Service (FIOD) and Royal Military Police.

It wasn't long after the news hit Twitter that bitcoiners and advocates of economic freedom began not only to roast Netherlands authorities for the privacy invasion, but also to remind everyone of what they view as the benefit of borderless digital money while traveling.

"That's why you need crypto to move gold," one user replied to the news, "Sell gold before taking off for crypto. Buy gold with crypto in the new country. Problem solved…" Twitter handle @Coinosphere one-upped this idea with the comment: "Now just skip the gold parts and you'll be up to speed."