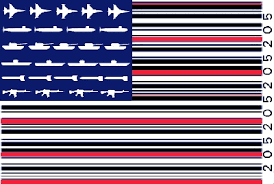 Underprivileged denizens of a particularly rough and tumble, if forgotten, slice of my own forgotten borough of Staten Island, most of the street dudes turned rappers in the Clan had been legit low-level narcotics dealers and, at times, weapons-totting players in the infamous Park Hill and Stapleton housing projects just a couple years before this mega-hit track dropped.

In a bit of, albeit wholly characteristic, irony, young white hipsters continue to adore and champion the Wu Tang Clan (it's not uncommon to see white undergrads at the University of Kansas – where I now live – sport their shirts) to this day, more than a quarter century after their debut album hit the airwaves. Method Man, perhaps the most recognizable mainstream face of the Wu, went on to star, from 2003-08, as fan-favorite Baltimore drug dealer Calvin "Cheese" Wagstaff in HBO's critically acclaimed series "The Wire." Incidentally, the show is also a cult-classic among the white hipster crowd (and, full disclosure, is one of my all-time favorites too).

I got to thinking about all this otherwise extraneous – if fascinating – New York hip hop lore, after mass (often fair) criticism of my last column here at Antiwar.com, "Happy Afghanistan Surrender Day," flowed in this week. In one explanatory sense, it's become increasingly clear to me that satire inevitably falls flat with many internet readers.