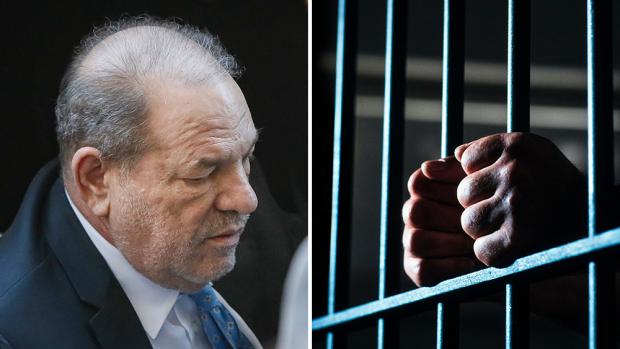 Two of his main accusers, Jessica Mann and Mimi Haleyi, got another opportunity to confront him

Harvey Weinstein was sentenced in a Manhattan criminal courtroom Wednesday to 23 years for sexually assaulting a former production assistant and raping an aspiring actress.

A jury made up of five women and seven men found the 67-year-old movie producer guilty last month of raping aspiring actress Jessica Mann in 2013 and forcibly performing oral sex on TV and film production assistant Mimi Haleyi in 2006. Weinstein was brought into the courtroom in a wheelchair.

He declined to testify during trial but did address the court Wednesday, saying he was a victim of the #MeToo movement.

"I was the first example and now there are thousands of men who were accused. I can't look at Jessica and Mimi ... I had wonderful times with these people," Weinstein said. "I'm worried about this country, lots of men like myself are the latest examples. I wasn't about power. I was about making great movies."

Lead prosecutor Joan Illuzzi begged to differ, saying, "He got drunk on power."

Elite Pedophile Network to be Exposed After Arrest of Maxwell? (VIDEO - Publisher Recommended)