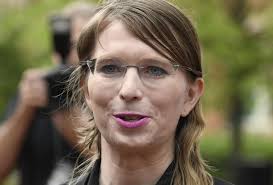 The activist and whistleblower Chelsea Manning attempted suicide on Wednesday, her legal team said in a news release.

The statement came only a few days before Manning was scheduled to appear at a court hearing on whether sanctions imposed on her after she refused to comply with a grand jury investigation into WikiLeaks founder Julian Assange should continue. Manning came to national attention after she leaked classified documents to WikiLeaks and was court-martialed for violating the Espionage Act.

Manning has claimed that the grand jury investigation was potentially open to abuse, writing in 2019 that it was "an effort to frighten journalists and publishers, who serve a crucial public good."

Manning has been jailed for contempt of the investigation for months. She had previously been held in a military prison from 2010 to 2017, until her sentence was commuted by President Barack Obama.

Manning's lawyers announced on Wednesday that their client was in the hospital, recovering from the suicide attempt.