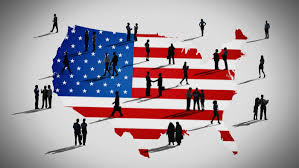 In a new article, he refers to an article of his back in 2015 entitled "Compared to What?" in which he references a point that I have often made about America's system of immigration controls.

As I have long pointed out, America's system of immigration controls is a socialist system, in that it is based on the concept of central planning, which is a core feature of the socialist paradigm. Federal immigration planners, who possess what Friedrich Hayek called a "fatal conceit," plan the movements of millions of people in a highly complex labor market. They set the total number of immigrants that are permitted to enter the United States, the qualifications for such immigrants, and the quotas assigned to each country.

It cannot be done. Central planning is an inherently defective system. It cannot be made to work. It produces nothing but crises or what the Austrian economist Ludwig von Mises called "planned chaos." That's why there has been a decades-long, continuous, never-ending immigration crisis. That's why, for example, there is a tremendous backlog of people at the border who wish to enter the United States to work while, at the same time, there are American farmers whose crops are rotting in the fields for inability to secure workers to harvest them.

Moreover, as I have also long pointed out, to enforce this socialist immigration system, the federal government has called into existence an immigration police state in the American southwest.