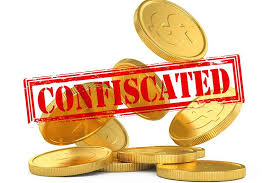 There is one big problem with that refrain, however: A crisis or emergency oftentimes induces people to move in the opposite direction —in the direction of tyranny and oppression.

That's because in a major crisis or emergency, people get afraid, so afraid that they are willing to sacrifice their liberty for the pretense of "safety" or "security" that government officials are offering them.

Of course, the trade is always sold as being "temporary." As soon as the crisis or emergency is over, government officials say, they promise to restore the rights and liberties of the people.

A good example of this phenomenon took place in 1933, when President Franklin Roosevelt issued an executive order commanding every American to deliver his gold coins to the federal government. It would be difficult to find a better example of dictatorship and tyranny than that.

After all, gold coins and silver coins had been the official money of the American people for more than 125 years. That was the official money established by the Constitution, which gave the federal government the power to "coin" money, not "print" money. The Constitution had also expressly prohibited the states from making anything but gold tender and silver coins legal tender.