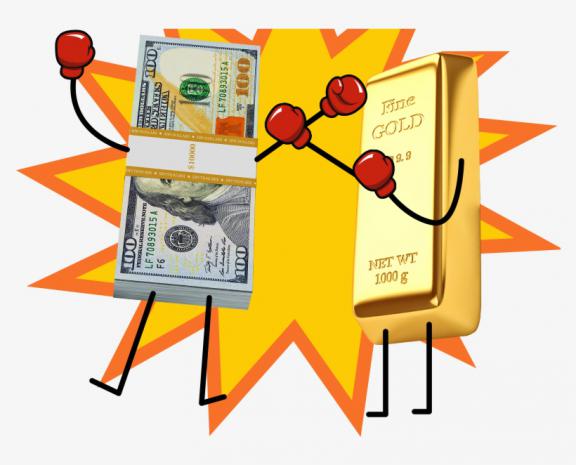 Gold futures fell Monday to settle at their lowest since December, and silver futures finished at their worst level in over a decade, as the Federal Reserve's emergency decision to slash interest rates failed to stem losses in the stock market, sending traders scrambling for cash.

Prices for the precious metals, however, managed to significantly cut their losses by the settlement, as short covering kicked in. Gold had dropped more than 4% to hit the day's low, and silver dropped by as much as 19%.

Traders were "exiting everything which is giving them profit," said Chintan Karnani, chief market analyst at Insignia Consultants, with a technical selloff triggered when gold fell below $1,500.

However, gold's inability to fall below key support at $1,440 "resulted in short covering and subsequent buying in gold," including good physical demand in Asia, he told MarketWatch.

Gold rallied late Sunday after the Fed, in a surprise Sunday night decision, slashed its benchmark interest rate nearly to zero and implemented a bond-buying program, known as quantitative easing, of at least $700 billion. But gains soon gave way to losses as equities failed to find support in the wake of the move.

"There is more or less a global lockdown" in the wake of the spread of COVID-19, said Kanarni, in an early Monday market update. "There was a mad rush for cash. Traders and investors alike sold everything which could generate cash."