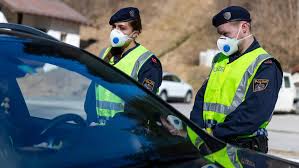 Read on, and I'll tell you.

The zombie narrative was popularized by the hit television series The Walking Dead, in which a small group of Americans attempt to survive in a zombie-ridden, post-apocalyptic world where they're not only fighting off flesh-eating ghouls but cannibalistic humans.

For a while there, zombies could be found lurking around every corner: wreaking havoc at gun shows, battling corsets in movies such as Pride and Prejudice and Zombies, and running for their lives in 5K charity races.

Understandably, zombie fiction plays to our fears and paranoia, while allowing us to "envision how we and our own would thrive if everything went to hell and we lost all our societal supports." Yet as journalist Syreeta McFadden points out, while dystopian stories used to reflect our anxieties, now they reflect our reality, mirroring how we as a nation view the world around us, how we as citizens view each other, and most of all how our government views us.

Indeed, the U.S. government has spent a lot of time and energy in recent years using zombies as the models for a variety of crisis scenarios not too dissimilar from what we are currently experiencing.