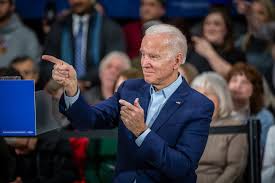 Station WCIA aired the results during a Monday showing of The Price Is Right, indicating Biden defeating Sen. Bernie Sanders (I-VT) by over 93,000 votes.

"While watching The Price is Right our station accidentally runs tomorrow's election results … its [sic] Monday our election in Illinois is tomorrow," said Sherry Daughtery, who posted a video of the incident.

Station Bureau Chief Mark Maxwell said that it was nothing more than a "routine test" rehearsal, and that airing the dry run was an error, according to Breitbart News.

We do routine test rehearsals before every election to make sure the graphics work properly and to give directors some practice. The error was in putting the dry run on air. That shouldn't have happened and we're looking into it. Obviously, we never intended to give the wrong information or wrong impression. None of those numbers were based on any real polling returns. Since your post is being widely shared, I'd appreciate it if you would consider updating the original post so people don't get the wrong idea. -Mark Maxwell via Sherry Daughtery