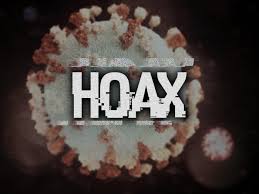 After 9/11, for example, Americans accepted the near-total destruction of their civil liberties in the PATRIOT Act's hollow promises of security.

It is ironic to see the same Democrats who tried to impeach President Trump last month for abuse of power demanding that the Administration grab more power and authority in the name of fighting a virus that thus far has killed less than 100 Americans.

Declaring a pandemic emergency on Friday, President Trump now claims the power to quarantine individuals suspected of being infected by the virus and, as Politico writes, "stop and seize any plane, train or automobile to stymie the spread of contagious disease." He can even call out the military to cordon off a US city or state.

State and local authoritarians love panic as well. The mayor of Champaign, Illinois, signed an executive order declaring the power to ban the sale of guns and alcohol and cut off gas, water, or electricity to any citizen. The governor of Ohio just essentially closed his entire state.

The chief fearmonger of the Trump Administration is without a doubt Anthony Fauci, head of the National Institute of Allergy and Infectious Diseases at the National Institutes of Health. Fauci is all over the media, serving up outright falsehoods to stir up even more panic. He testified to Congress that the death rate for the coronavirus is ten times that of the seasonal flu, a claim without any scientific basis.