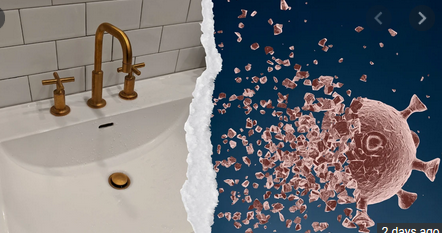 In 1852, physician Victor Burq visited a copper smelter in Paris's 3rd arrondissement, where they used heat and chemicals to extract the reddish-brown metal. It was a dirty and dangerous job. Burq found the facility to be "in poor condition," along with the housing and the hygiene of the smelters. Normally, their mortality rates were "pitiful," he observed.

Yet, the 200 employees who worked there had all been spared from cholera outbreaks that hit the city in 1832, 1849, and 1852. When Burq learned that 400 to 500 copper workers on the same street had also mysteriously dodged cholera, he concluded that something about their professions—and copper—had made them immune to the highly infectious disease. He launched a detailed investigation into other people who worked with copper, in Paris and cities around the world.

In the 1854 to 1855 cholera epidemic, Burq could not find any deaths of jewellers, goldsmiths, or boilermakers—all those who worked with copper. In people in the army, he found that musicians who played brass instruments (brass is partly copper) were also protected.

After visiting 400 different businesses and factories in Paris, all of which used copper, and collecting reports from England, Sweden, and Russia on more than 200,000 people, he concluded to the French Academies of Science and Medicine in 1867 that "copper or its alloys, brass and bronze, applied literally and pregnantly to the skin in the cholera epidemic are effective means of prevention which should not be neglected."