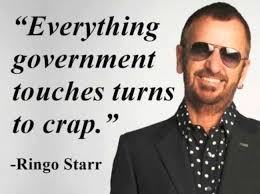 Regular readers know our founder, Doug Casey, sees gold as the ultimate safe-haven asset. So if you're wondering why gold has been taking a hit this week amid massive sell-offs on Wall Street, you're not alone. But it's still an important protective asset to hold for the long term.

In fact, we've seen this happen before – take the recession of 2008. Just a few months after hitting bottom, gold started a massive rally, hitting an all-time high of over $1,900 an ounce.

And we see another breakout on the horizon. So the best thing you can do right now is not let your emotions run rampant and dictate your actions. Panic selling is the worst course of action today.

Sit tight, keep a cool head, and check out our Ultimate Crisis Playbook for a compilation of the best advice from the strongest investing minds in our industry. And next week, be ready for a full series on how to handle the current market climate.

Now… Onto today's essay. Read on to see why our founder is "quite pessimistic about the future of freedom in the US"… especially in light of the recent heavy-handed restrictions due to coronavirus…

Allow me to say a few things that some of you may find shocking, offensive, or even incomprehensible. On the other hand, I suspect many or most of you may agree – but either haven't crystallized your thoughts, or are hesitant to express them. I wonder if it will be safe to say them in another five years…

You're likely aware that I'm a libertarian. But I'm actually more than a libertarian, I'm an anarcho-capitalist. In other words, I actually don't believe in the right of the State to exist. Why not? The State isn't a magical entity; it's a parasite on society. Anything useful the State does could be, and would be, provided by entrepreneurs seeking a profit. And would be better and cheaper by virtue of that.

More important, the State represents institutionalized coercion. It has a monopoly of force, and that's always extremely dangerous. As Mao Tse-tung, lately one of the world's leading experts on government, said: "The power of the State comes out of a barrel of a gun." The State is not your friend.