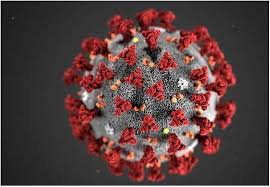 To start with, let's just point out it's thoroughly unconstitutional for mayors or governors to order Americans to stay in their homes "for an indefinite time," or to ban firearm sales. Anyone doing this should be removed from office by legal means.

Our system of government puts individual rights AHEAD of illusory "mass safety" (with all its predictable "unintended" negative consequences) – especially in the case of an apparently (so far) minor epidemic that's killed a couple of hundred Americans, and will probably end up killing a few thousand – far fewer than die on our highways every year, and in contrast to the 12,000 to 60,000 who die of the "regular old flu" every year.

("Anything that will save a life"? Not really. Lots of lives could be saved by banning motorcycles and commercial air travel, lowering speed limits on the interstates to 25 miles an hour, and requiring that every automobile weigh at least three tons and be powered by a motor that wont GO faster than 25 miles an hour. You wanna try that "anything that will save a life," again? In the real world, we apply something called a "cost/benefit analysis.)