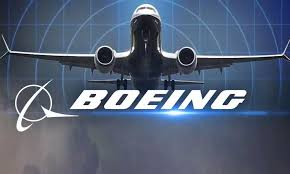 About 12 years after the US government bailed out General Motors and Chrysler, Washington policymakers are debating how to throw Boeing a lifeline as it reels from dual crises over the coronavirus and 737 MAX.

The aerospace giant, which manufactures the US presidential jet Air Force One in addition to defense and commercial aircraft, has asked for $60 billion in federal support for the US aerospace industry, but it is not yet clear how such a bailout would function.

"Boeing is on the brink," prominent hedge fund investor Bill Ackman said this week. "Boeing will not survive without a government bailout."

Boeing's financial picture was already under pressure even before the coronavirus.

The 737 MAX, which had been the company's top-selling plane, has been out of service for more than a year following two deadly crashes. The lengthy grounding has cost the company upwards of $18 billion, a figure that is expected to rise.

Instead of a Column

The Age of Entitlement