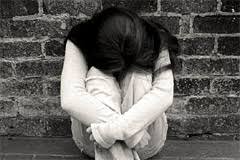 Divisions are usually based on race and class. Racial tensions and discrimination exist, of course, but they are also exploited to divide people.  Just look at the current debate on the Confederate flag flying in Charleston, South Carolina, with Republican presidential candidates refusing to take a stand against it as a way of appeasing their (White) radical activist base.  Class divisions are constantly exploited to turn the middle class, or those who fancy themselves to be in the middle class, against the working poor.

The intent is to blame the "greedy" poor (especially those on welfare or food stamps), rather than the greedy rich, for America's problems.  That American CEOs of top companies earn 300 times more than ordinary workers scarcely draws comment, since the rich supposedly "deserve" their money.  Indeed, in the prosperity Gospel favored by some Christians, lots of money is seen as a sign of God's favor.

As people are kept divided by race, class, and other "hot button" issues (abortion and guns, for example), they are kept distracted by insatiable consumerism and incessant entertainment.  People are told they can have it all, that they "deserve it" (a new car, a bigger home, and so on), that they should indulge their wants.  On HGTV and similar channels, people go shopping for new homes, carrying a long list of "must haves" with them.  I "must have" a three-car garage, a pool, a media room, surround sound, and so on.  Just tell me what mortgage I can afford, even if it puts me deeply in debt.