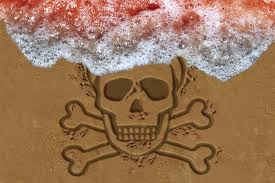 Scientists at Japan's Nagoya University have come up with a new technology that may help stem the tide, using electrically charged nanocarbons to more effectively filter heavy metal ions from the mix.

Over the years we've seen a number of inventive approaches to removing trace amounts of toxic metals, such as arsenic, iron mercury, tin and lead, from industrial water sources. These have involved self-propelled microbots that wade through the samples to collect metal ions, filters made from quartz, and even onion and garlic waste.

Another possibility is the use of nanocarbons, tiny chunks of carbon-based material which have shown promise in water purification applications due to an ability to bind to heavy metal ions such as lead and mercury through molecular forces. Naturally, this attraction is weak, so the Nagoya University scientists are looking to supercharge things by tweaking the production process.

This involves doping the nanocarbons with molecules such as amino groups that create stronger chemical bonds with the metals. The team investigated this possibility by using phenol as their carbon material and mixing it with a compound called APTES as the amino group.