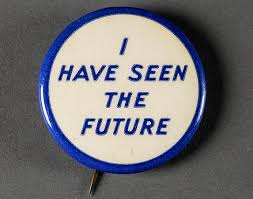 "Shut up," Jack screamed at the crows, waving his arms wildly. "Shut up, shut up!"

Only he really didn't utter a sound. And he didn't dare flail about either. But gawd, he hated crows. And he hated hearing their grating "caww, caw" sound twice a week from the vacant lot next to the commissary.

One really didn't dare cause a disturbance in line, Jack knew. He felt uncomfortable even talking to people, much less screaming at crows. You really can't risk being labeled a "disrupter," especially with a family and kids. Ever since the "commissary incidents" two years ago there were T.O.'s — Tranquility Officers — everywhere. Even if you couldn't see them, you knew they were watching.

So Jack bottled it up and just closed his eyes tightly for a second. When he opened them, he shot a look of hate across the lot where the crows were perched in the bare tree above the frozen patches of ice in the empty lot.

Maybe he could come back on the weekend. Maybe it would be sunny. Jack sure hoped so. And maybe the crows wouldn't be there reminding him of the endless gray winter. But then again, maybe they would. Besides, he thought, he'd already been waiting 45 minutes and he was almost at the corner and from there it would only be another half-hour. Jack pulled his coat a little tighter and kept quiet.

Disease And The Will To Power