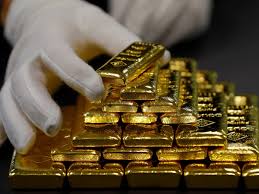 At the start of March, Goldman's head of commodity strategy said there is one commodity that will be safe: gold "which - unlike people and our economies - is immune to the virus."

"We are likely at an inflection point [for gold] where 'fear'-driven purchases will begin to dominate liquidity-driven selling pressure as it did in November 2008."

As such, Goldman raises both the near and long-term gold outlook, saying they are "far more constructive," reaffirming their 12-month target of $1,800/oz.

In 2008, the turning point for bullion was the announcement of $600b QE in November, after which gold began to climb despite further weakness in equities and commodities.