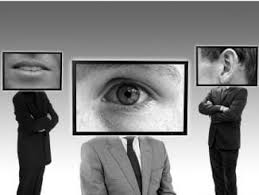 The Rockefeller Foundation published a paper in 2010 titled Scenarios for the Future of Technology and International Development. The first scenario was called LOCK STEP and was described as follows: "A world of tighter top-down government control and more authoritarian leadership, with limited innovation and growing citizen pushback."

In this scenario, a virus pandemic appeares suddenly, quickly infecting populations around the world, destroying economies by interrupting mobility of people and goods, and debilitating industries and global supply chains.

This makes it possible for government leaders to take total control over their citizens as a public-health measure – a process the people greatly disliked but are psychologically incapable of resisting, because it is done in the name of protecting them. Thus, the economies and political structures of the whole world emerge as a united totalitarian system with a resentful and unruly population but one that can be effectively controlled by new technology.

We see from this that the economic and political effects of a pandemic were being carefully studied at the Rockefeller Foundation at least as early as 2010. More recently, a pandemic simulation took place at Event 201, which was hosted by the Johns Hopkins Center for Health Security in partnership with the World Economic Forum and the Bill and Melinda Gates Foundation. This occurred six weeks before the first reported outbreak of the coronavirus. Almost to a tee, it followed the initial phase of the LOCK STEP scenario.