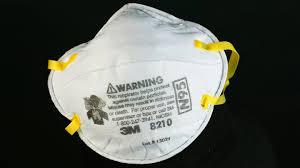 The unprecedented public health crisis brought on by the coronavirus pandemic has upended just about every part of American public life, but one factor remains unchanged:

The knee-jerk reflex of the mainstream media to pour blame on President Donald Trump — even when it's clear that either his administration isn't at fault — or that his predecessor, former President Barack Obama, should shoulder some of the responsibility for the nation's problems.

Fortunately, the Trump presidential campaign and former House Speaker Newt Gingrich are around to remind the media of their real responsibilities.

When it comes to the kind of personal protective covering worn by medical professionals treating those infected with the virus, the media has given a fair amount of attention to a looming shortage of N95 masks, the kind made from lightweight foam that are more protective than standard, cloth surgical masks.

What isn't getting much attention at all, though, is which presidential administration is actually responsible for the federal government's current shortfall in that department.

According to reports from Bloomberg News and the Los Angeles Times, the shortage predates the current crisis by a full decade — going back to the H1N1 outbreak of 2009-10 and its aftermath, when the Obama administration failed to replenish the huge numbers of the masks that were used by the medical profession.

CELEBRITIES WILL SAVE US

Trump: Cloroquine Is An 'Incredible' Drug...

'I'm a SOCIAL scientist!' White House adviser boasts about his credentials after shoutin

Despite Soaring Body-Count Across The Nation, Americans Continue To 'Resist' Lockdown Orders

"Immunity Certificates" Are Coming - COVID-Survivors To Get 'Special Passports' En