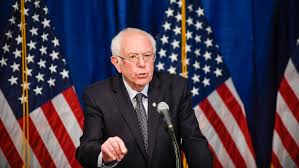 "Unless Senators Graham (R-SC), Sasse (R-NE) and Time Scott (R-SC) drop their anti-worker objections to fast-tracking the emergency coronavirus legislation, I am prepared to put a hold on this bill until stronger conditions are imposed on the $500 billion corporate welfare fund," Sanders said over Twitter.

GOP Senators have cautioned against fast-tracking the bull as it stands, which would "create a perverse incentive to sever the employer/employee relationship," according to a spokesman for Sen. Sasse (R-NE).

The Senators are working on an amendment which would ensure that the maximum unemployment benefit is 100% of someone's salary.

First it was Nancy Pelosi 'rode into town from her extended vacation' to kill the GOP coronavirus bill.

Now, despite what we were told was a done dea, three Republican Senators have demanded an "immediate fix" to a drafting error in the bill which may delay its passage.