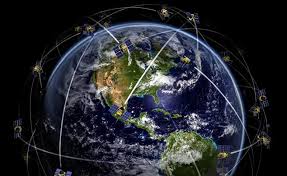 SpaceX is plowing ahead with its plans to beam high speed internet to Earth from a constellation of satellites.

This week, the Elon Musk-owned aerospace company received approval from the FCC to build 1 million user terminals on Earth that are meant to support its Starlink project - a constellation of mini satellites that will eventually beam high speed internet down to Earth.

The terminals will be able to receive signals from space and relay them to users on Earth.

According to the approval, SpaceX now has a 'blanket license for the operation of up to 1,000,000 fixed earth stations that will communicate with its non-geostationary orbit satellite system.'

As reported by CNET, Musk has said that terminals will look like a 'little UFO on a stick' that maneuver to catch the signals beamed down from the satellites.

Musk has also said that the terminals will be easy to install and can be 'plugged in and pointed at the sky.'

The approval is the next step in SpaceX says it plan to speckle low-Earth orbit with its mini satellites.