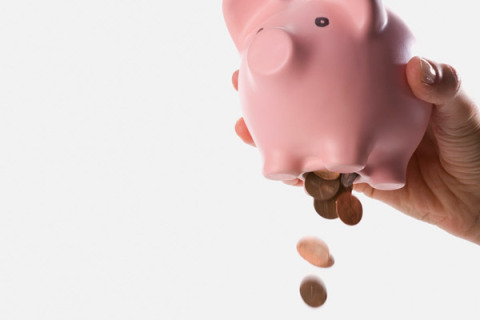 Yes, the Chinese government was well aware that it had a (another) novel coronavirus outbreak on its hands weeks before President Xi Jinping and his Communist cohorts decided to let the rest of the world know about it, that's true.

But no one could foretell when a new viral bug was going to make its transition from animals to humans in China, or somewhere else on the planet, to become the latest coronavirus that eventually led to a global pandemic — that would then lead to an economic collapse.

And yet, we should have at least known that someday a new outbreak would occur because humans are organic beings and viruses are our natural enemies. Viruses have been around since before humans walked the planet; they'll be around long after one of them kills us all off. The law of averages and all of that stuff; being informed through experience.

It wasn't that long ago that something manmade led to a near-total collapse of the global economic system. In 2008, Americans experienced the "Great Recession" that dominated Barack Obama's two terms in office and lingered even as Donald Trump was sworn in.

But it didn't teach us anything. It took another viral outbreak and another near total economic collapse to expose the fact that the vast majority of Americans were just as unprepared for the economic hit from coronavirus as they were from lousy Wall Street and banking practices a little more than a decade ago.

Writing in The Hill, Kristin Tate, a libertarian writer and an analyst for Young Americans for Liberty, notes:

How long could you sustain your household if you were to stop earning income? If you are like most Americans, the answer is not for long. Only 40 percent of Americans can afford an unexpected $1,000 expense with their savings. In fact, nearly 80 percent of workers are living paycheck to paycheck. It is no surprise that the probability of an economic recession brought on by the coronavirus pandemic caused many to worry.

And Americans are worried. Big time. Thanks to COVID-19, some 100 million Americans are now living under state-imposed "lockdown" conditions. Most of those gubernatorial orders come with instructions for "non-essential businesses" to close their doors for the time being. While dates of a few weeks have been floated about, no one really knows when these lockdown orders will be lifted.

That means that a sizable portion of American workers who cannot work from home and are simply out of a job are going to be out luck as well in short order. And out of money to survive.

Granted, Congress is working on a relief package that is reportedly close to a couple trillion dollars. But as usual, there is partisan bickering and posturing so no deal has gotten done yet. And besides, even when the president eventually signs a measure, it's going to take weeks to get money to businesses and to Americans.