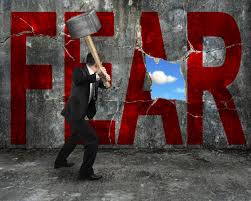 "Those who would give up essential Liberty, to purchase a little temporary Safety, deserve neither Liberty nor Safety." — Benjamin Franklin (1706-1790)

One of my Fox colleagues recently sent me an email attachment of a painting of the framers signing the Constitution of the United States. Except in this version, George Washington — who presided at the Constitutional Convention — looks at James Madison — who was the scrivener at the Convention — and says, "None of this counts if people get sick, right?"

In these days of state governors issuing daily decrees purporting to criminalize the exercise of our personal freedoms, the words put into Washington's mouth are only mildly amusing. Had Washington actually asked such a question, Madison, of all people, would likely have responded: "No. This document protects our natural rights at all times and under all circumstances."

It is easy, 233 years later, to offer that hypothetical response, particularly since the Supreme Court has done so already when, as readers of this column will recall, Abraham Lincoln suspended the constitutionally guaranteed writ of habeas corpus — the right to be brought before a judge upon arrest — only to be rebuked by the Supreme Court.

The famous line above by Benjamin Franklin, though uttered in a 1755 dispute between the Pennsylvania legislature and the state's governor over taxes, nevertheless provokes a truism.

Namely, that since our rights come from our humanity, not from the government, foolish people can only sacrifice their own freedoms, not the freedoms of others.

Thus, freedom can only be taken away when the government proves fault at a jury trial. This protection is called procedural due process, and it, too, is guaranteed in the Constitution.

Because the folks in government, with very few exceptions, suffer from what St. Augustine called libido dominandi — the lust to dominate — when they are confronted with the age-old clash of personal liberty versus government force, they will nearly always come down on the side of force.

1 Comments in Response to Beware a Government of Fear

Where has this guy been? Lysander Spooner showed that the Constitution was a fraud 160 years ago.

Disease And The Will To Power