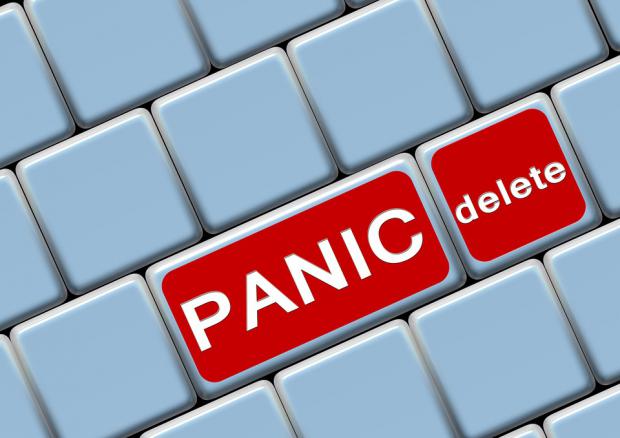 Watch closely what is hidden from view. While there is an enormous amount of speculation and studied hypotheses concerning this coronavirus, do not allow the virus hype to cause blindness to the government's hidden agendas and methods of achieving dominance over the populace. Things are moving very quickly, and every single piece of new legislation, every executive order, and all mandated tyrannical measures instituted at any level of government could have very dangerous underlying consequences, and these will most likely not see the light of day in any mainstream media. That is why it is so important to seek out those that are researching these documents and tyrannical measures, and reporting on them outside the mainstream. In addition, the asinine social changes are not going away anytime soon, so get prepared for normal life in this new surveillance state of America to be one giant TSA center intent on inspecting and controlling all movement and action of the public. In other words, life in this country could become one big airport security line, and pat downs and the metaphorical equivalent (or not) of body cavity searches could become the norm.

What has happened so far is almost beyond the realm of imagination, but more tyranny at the hands of government is on the horizon. Whether this coronavirus is a real threat or not, the authoritarian measures now in place will remain. That alone is reason for worry. Considering renewed surveillance, forced quarantine, mandated isolation, high unemployment, forced business closure, medical martial law, economic destruction, ludicrous monetary policy, forced vaccinations to come, travel bans, and highly increased poverty, all due to measures instituted so far, where will it end? The sad truth is that this assault on Americans will not end, and in fact will worsen in the future.

Economically speaking, the damage already evident will cause an undetermined amount of harm to all of us. Some of course, many in fact, will face extreme hardship due to job loss, business closure, loss of income, and inflation pressures bound to show up due to massive money printing and distribution. The Federal Reserve Bank has been given an unlimited ability to print money out of thin air. Attempts are being made after passage of the largest bailout package in history, to fund corporations, big business, some small business, and even individuals, and all this fake money flooding into the public and private sectors will lead to much higher prices just as people have lost everything and do not have the ability to even pay their bills.

One of the provisions in this massive bailout bill (full text not available at this writing) coming from government is the creation of a digital currency, which if implemented could turn into a way to eliminate cash, and also to possibly in the future control the entire monetary processes. If China's model were followed, this type of overreach could lead to social scoring and restrictions on movement, travel, credit, and even life sustaining needs should one not comply with government orders.

EXCLUSIVE: INSIDE THE MILITARY'S TOP SECRET PLANS IF CORONAVIRUS CRIPPLES THE GOVERNMENT