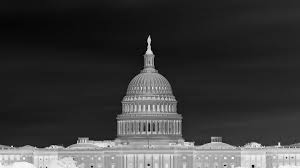 In 2018, the New York Times asserted that Trump's use of the term "Deep State" and similar rhetoric "fanned fears that he is eroding public trust in institutions, undermining the idea of objective truth and sowing widespread suspicions about the government and news media."

But barely a year later, the Deep State had gone from a figment of paranoid right-wingers' imagination to the great hope for the salvation of American democracy. Much of the media is now conferring the same exulted status on the Deep State that was previously bestowed on Special Counsel Robert Mueller. Almost immediately after its existence was no longer denied, the Deep State became the incarnation of virtue in Washington.

The Deep State commonly refers to officials who secretly wield power permanently in Washington, often in federal agencies with vast sway and little accountability. A New York Times article in October gushed that "over the last three weeks, the deep state has emerged from the shadows in the form of real live government officials, past and present … and provided evidence that largely backs up the still-anonymous whistle-blower" on Donald Trump's phone call to the president of Ukraine. New York Times columnist James Stewart declared, "There is a Deep State, there is a bureaucracy in our country who has pledged to respect the Constitution, respect the rule of law…. They work for the American people." New York Times editorial writer Michelle Cottle proclaimed, "The deep state is alive and well" and hailed it as "a collection of patriotic public servants." They were echoing earlier declarations by Washington Post columnist Eugene Roberts and former top Justice Department official Preet Bharar: "God bless the 'Deep State.'"

1 Comments in Response to The Deep State's Demolition of Democracy

Putchists in the Shadow of the Coronavirus