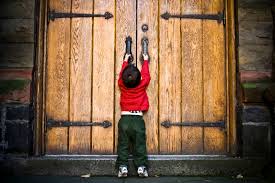 Per yesterday's Memo #57391.003, I met with Our Father below (OFb) to assess our progress in Operation Coronavirus USA (OC-USA). On the whole, OFb was pleased: he screamed a mere thirteen times during our interview and once even rubbed his hands with glee. I haven't seen him this buoyant since my uncle, Screwtape, applied similar tactics to Germany under our Nazi proteges.

OFb mentioned that the princes of Asia, Europe, the British Commonwealth, and Central America have likewise reported astounding success. Incredible, isn't it, that a flu-bug our underlings in government and the media so wildly hype has terrified billions! I mean, we aren't talking the Black Death or even smallpox. Yet much of mankind has taken leave of its puny senses.

Including Americans, who, I proudly note, cooperate as our flunkeys in politics destroy their country. Even before Uncle Screwtape's time, our colleagues laid the groundwork for demolishing the "City on a Hill": democracy, Marxism, television and other media, evolution, nihilism, public "education," etc. That preparation has paid rich dividends. Americans may still call themselves Christian and fill the churches half-way, particularly at Christmas and Easter. But most are actually atheists who leave their religion in the pews. Hence their hysteria as our lackeys in politics and the media insist that death stalks them. When you assume you have but one earthly life, you will sacrifice anything, including freedom and integrity, to prolong it. Nor will you look to the Enemy, Whom you neither know nor trust, for salvation but to our proxy, the State.