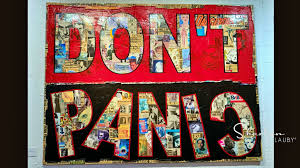 Watch closely what is hidden from view. While there is an enormous amount of speculation and studied hypotheses concerning this coronavirus, do not allow the virus hype to cause blindness to the government's hidden agendas and methods of achieving dominance over the populace. Things are moving very quickly, and every single piece of new legislation, every executive order, and all mandated tyrannical measures instituted at any level of government could have very dangerous underlying consequences, and these will most likely not see the light of day in any mainstream media. That is why it is so important to seek out those that are researching these documents and tyrannical measures, and reporting on them outside the mainstream. In addition, the asinine social changes are not going away anytime soon, so get prepared for normal life in this new surveillance state of America to be one giant TSA center intent on inspecting and controlling all movement and action of the public. In other words, life in this country could become one big airport security line, and pat downs and the metaphorical equivalent (or not) of body cavity searches could become the norm.