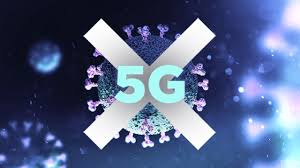 This pattern developed in China, with the epicenter of Wuhan City in Hubei province owning, at one time, more than 99 percent of the cases and deaths over the rest of the country of 1.4 billion people.

Outside the mainland, Taiwan and Hong Kong never experienced the runaway infections or deaths that China did, with the latter twice experiencing the restart of last year's protests. Although the coronavirus spread fast in South Korea and Japan in the beginning, both outbreaks were extinguished.

In Korea, the vectors for two of the country's four clusters came from a Wuhan branch of a cult church and a Catholic church pilgrimage returning from Israel. Since then, Korea has moved aggressively to defuse new clusters by radically testing people and disinfecting mass transit systems on a daily basis. With more than 9,100 cases and 126 deaths, with one-third recovered, Korea has less cases and deaths than New York City. Today, it also boasts the fewest number of new cases, according to the BBC.