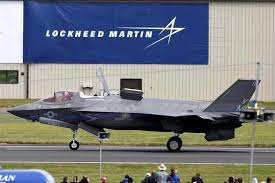 Pentagon officials are ready to take protective measures against what they call "adversarial capital." Ellen Lord, the defense undersecretary for acquisition and sustainment, spoke at a news conference on Wednesday. Lord said:

"It is critically important that we understand that during the crisis, the [defense-industrial base] is vulnerable to adversarial capital, so we need to ensure that companies can stay in business without losing their technology."

What Lord and other officials are afraid of is smaller defense firms hit hard by the financial crisis accepting foreign money in exchange for technology sharing.

When it comes to technology sharing and intellectual property, Washington sees China as the biggest threat. President Trump has used many protectionist measures against China in his trade war, and it looks like the Pentagon is ready to use some of their own.

The Pentagon can use the Committee on Foreign Investments in the US (CFIUS) to block foreign investments in US companies on the grounds of national security. The CFIUS was established in 1975 to block the foreign takeover of entire US firms if it was deemed a threat to national security or put the US at a competitive disadvantage.