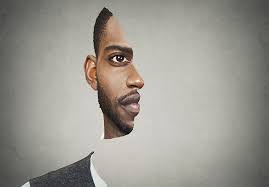 You cheer him for doing these "good" things. Then he becomes capable of the worst things. Here is what Soviet dissident Aleksandr Solzynitsyn said – which has been largely forgotten:

"To do evil a human being must first of all believe what what he is doing is good. Ideology – that is what gives devildoing its long-sought justification and gives the evildoer the necessary steadfastness and determination. That is the social theory which helps to make his acts seem good instead of bad in his own and others' eyes so that he won't hear reproaches but will receive praise and honors."

Note who is being reproached – and praised – right now.

Wait and see who will be arrested tomorrow.

It is a virtue to "social distance" – and a heroic act to call armed thugs down upon those who choose not to.

What is happening has happened before. In Solzynitsyn's Soviet Union, people eagerly arrested – and murdered – their neighbors and friends and even family members when it was asserted that those unfortunates were insufficiently virtuous. An entire country was turned into the apotheosis of evil on the basis of doing good – defined as furthering the cause of "socialism."